Ever since it was introduced in 2015, Apple CarPlay has represented a notable upgrade over the user interfaces most cars have by default, but many of our concerns about it, and Android Auto, come up due to their limitations. Newer features like dual-screen support and third-party apps like Google Maps could help, but there are still huge parts of the driving experience that exist outside of Apple’s control panel. Now, Mark Gurman reports for Bloomberg that Apple’s “IronHeart” push envisions tying settings like climate controls, seat positioning, and even specific surround sound tweaks to your iPhone.

Instead, Bloomberg suggests it could resemble Apple’s smart home push with HomeKit, with an API that devices (in this case, cars) access with varying levels of support for control and sensor communication. One interesting wrinkle is the mention that with iOS 15, Apple removed several API features from SiriKit, making its occasionally disappointing assistant less capable than before. That includes controls that could, on compatible vehicles, manage these exact settings, like seat position, climate control, or audio source.

If the plans turn into real upgrades, that could mean different cars have different levels of feature support, with some using CarPlay to customize seat position, while others might not support that but could configure the vehicle’s A/C settings based on your iPhone preferences. As the report notes, so far, there has been limited support for things like manufacturer-provided CarPlay apps that can access these deeper control settings, and only BMW supports Apple CarKey so far.

So what does this mean for Apple’s not-so-secret Project Titan car program? Bloomberg reports that the CarPlay expansions wouldn’t collect car or user data, so whatever project Kevin Lynch is now leading will need to glean useful insights in another way. 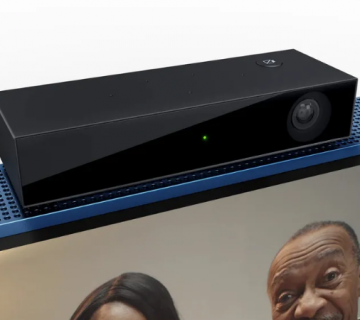 Microsoft Kinect is back, thanks to Sky’s new all-in-one TVs